By News Desk on January 2, 2017Comments Off on Anderson Parkway Construction Slated For February & March 2017

Poulsbo, WA…The City and Port will be constructing improvements to the portion of Anderson Parkway near the SEA Discovery Center from late January to mid-March 2017. The improvements will result in a new stormwater treatment system that will help protect Liberty Bay, additional parking spaces and re-surfacing of the parking lot. Residents and visitors can expect to see a much more efficient and attractive parking area by spring 2017. 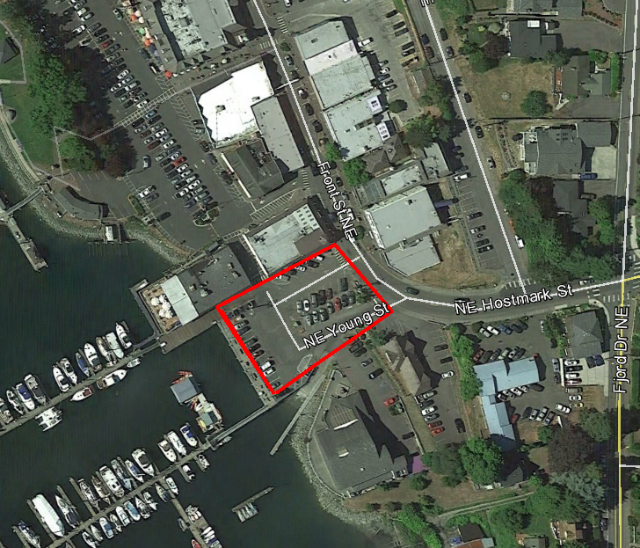 To accommodate construction activity, the parking lot will be closed from late January to early March. Pedestrian access to the marina and businesses will be maintained, as will vehicle access to the SEA Discovery Center. As part of the project, the Port will also be repairing the existing bulkhead. This work has to be done at night while the tide is out (low tides in winter are at night) so residents, businesses and visitors should expect to see construction activity during the night from late January to mid-February.

The City and Port are working hard to minimize impacts to businesses, residents and visitors. The parking lot closure period is occurring during the lowest use period of the year, and the construction schedule is being compressed as much as possible. The City will be hosting an open house on January 8, 6:30-8pm, to provide more information to residents and businesses as the construction date draws closer. Any one desiring more information should contact the City Engineering Department at 360-779-4078.