By News Desk on November 29, 2016Comments Off on Bremerton Woman Jailed On Charges Of Felony Arson

Bremerton, WA…Bremerton Police and Fire responded to a report of a house fire in the 1500 block of Perry Avenue at 2:58 a.m. on Thursday morning, Nov. 24. Police officers arrived to find the 21 year old female resident of the home outside, singed and blackened with soot. She told officers she was the only one home, but her dog was still inside. 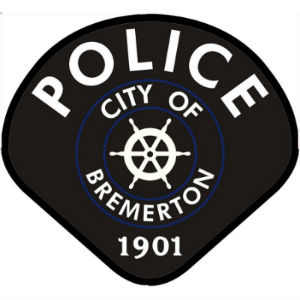 The 21 year old female resident said that her dog had not made it out of the fire, and firefighters subsequently determined the family dog did die in the fire. The female provided preliminary information to Bremerton Fire and Police Investigators, and she was later taken to Harrison Hospital for treatment of smoke inhalation.

Based on statements and the circumstances of the fire, investigators sought and obtained a search warrant from Kitsap County Superior Court to obtain evidence from the scene, and the female resident was questioned by detectives. Preliminary information at this time indicates that the female had been drinking, and her husband was out of the home at work overnight. She said she used a knife to damage the couch, and then used a propane torch which started the couch on fire. She could not control the fire as it spread rapidly, and the entire house subsequently burned. Officers did contact the husband, who came to the scene a few hours after the start of the fire.

The 21 year old female was jailed on charges of felony Arson in the Second Degree, with a bail set at $100,000. She has posted bail, and will appear in court Monday.

Bremerton Woman Jailed On Charges Of Felony Arson added by News Desk on November 29, 2016
View all posts by News Desk →